I went to see Bon Iver tape Austin City Limits TV. It was everything I hoped it would be.

My company for the event was the wonderful @eimski. She and I met through Twitter and got acquainted when she visited NYC. Without Twitter I’m not sure what would have brought together a girl from Northern Ireland living in Houston with lil ol’ me. I’m so grateful. 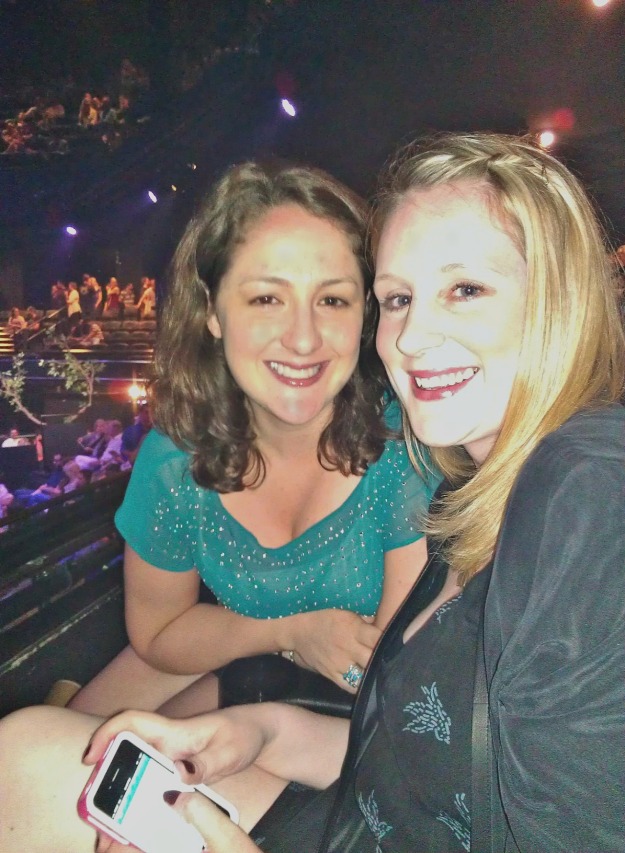 We treated ourselves to a stay in a luxe hotel and lounged by the pool until it became too hot. Eimski and I are both fair-skinned so we didn’t last long. 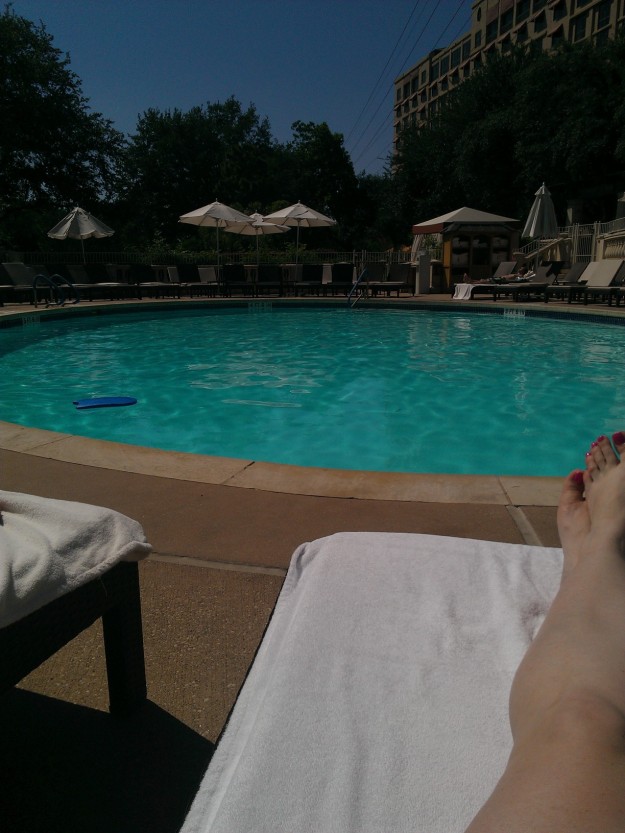 We ate. We drank. We shopped.

We ate some more.

After some tasty drinks and snacks at the W Hotel, it was time for the main event: Bon Iver. Before the show we said hello to Mick Jagger while perusing the gallery of artists who have performed for ACLTV before. 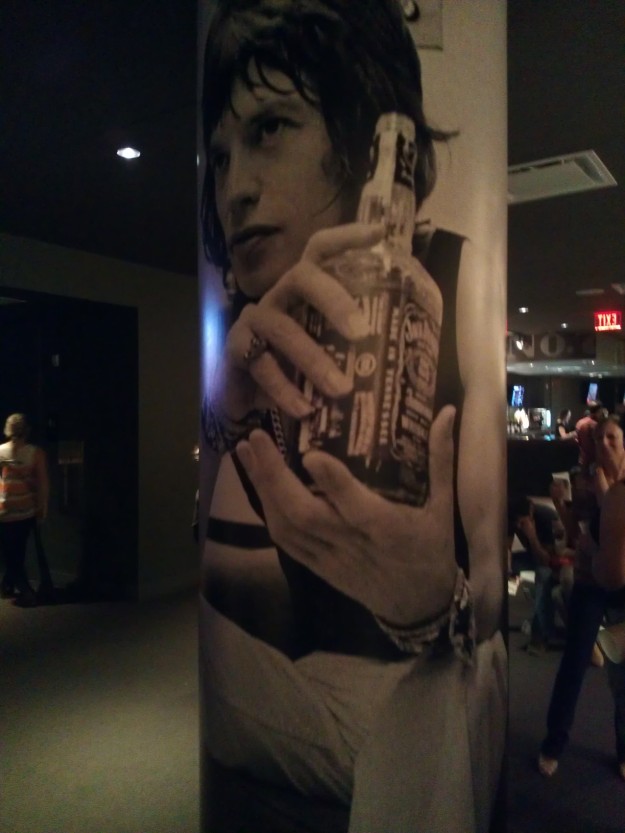 I didn’t tweet much or take many pictures during the band’s nearly two-hour long set. It was a beautiful performance. The musicians Justin has surrounded himself with are so talented. 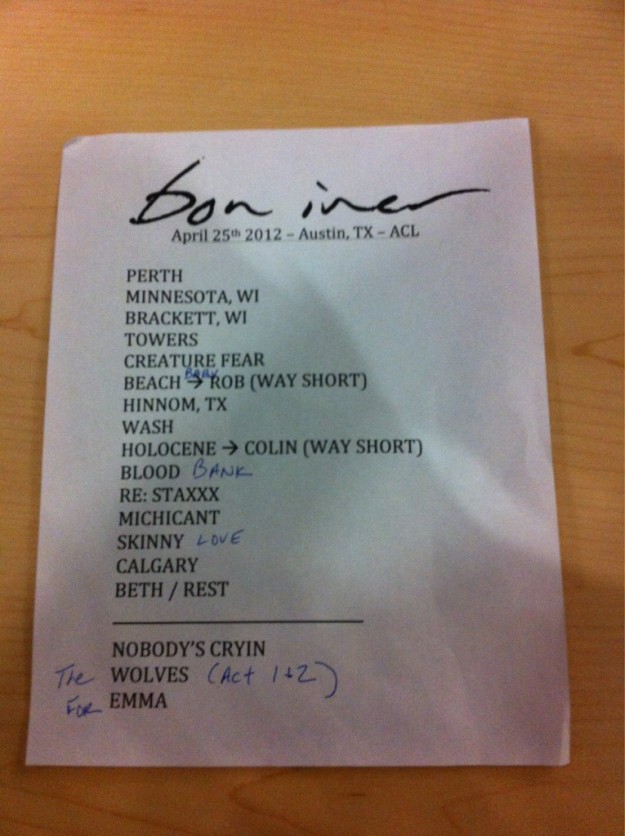 It was after 11pm when we left ACLTV so most restaurants were closed. We returned to the W Hotel and sat in The Darkest Bar For Miles Around. 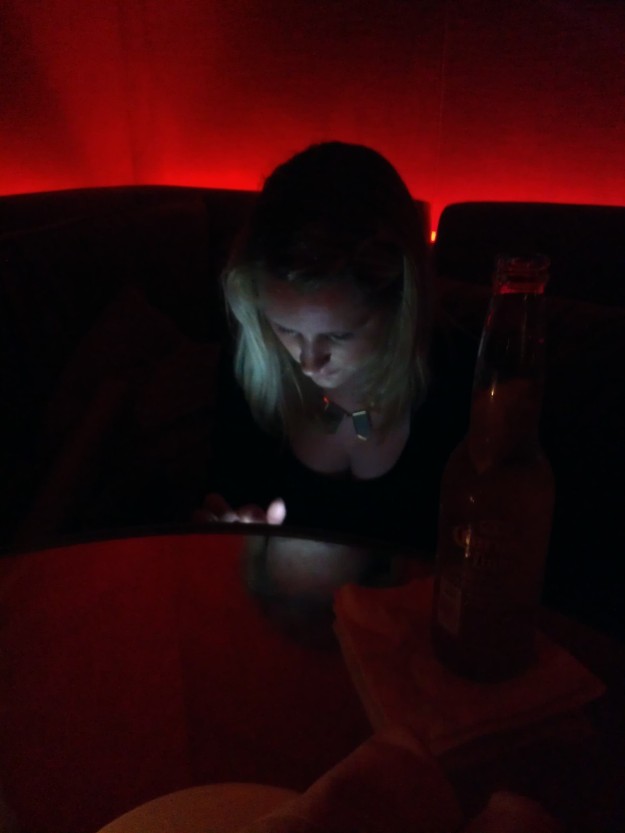 Before long, an Average Joe asked if he could join us. We were amused and said yes. Things took a turn for the weird when he took off his shoes to show us his pedicure. 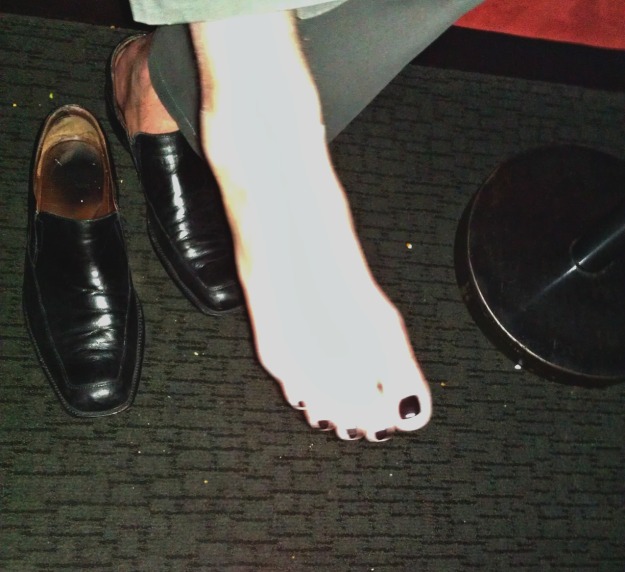 OPI “Lincoln Park After Dark” he proclaimed – what man knows these things?!

Then he said something straight out of Fifty Shades and I had to ask him to leave.

But E and I still had a blast. The next day, we went out and ate some more.