Let’s make a list of all of the things we’d rather do than watch Kris Jenner’s show. #1: I’d rather endure a week w/o air conditioning.

Some friends tweeted back.

@1chicklette I’ll raise you that: I’d rather walk down broadway in a bikini.

Others emailed. While some folks, including Tina Cervasio, applaud Kris’ moxie, others share my No-Kardashians-Ever position.

My buddy @nyc10021 suggested a root canal without novocaine over watching the momager’s show and the always-funny Ashley Spivey offered two that sound equally painful:

I got a list from @AestheticsGirl (and I totally regret not incorporating Pitbull into my list because UGH):

Sara Lang also had a list
And finally, from Mike Kelton, a list complete with visual aid. 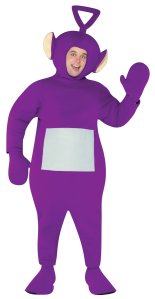 Blame Mike Kelton if you own this image

This post came together awfully easily. I could come up with another twenty without breaking a sweat.
What would you add?