Do you watch the TV show Nashville?

I tuned in part way through season 2 and although it was clear I had missed a lot of characters’ backstory, I liked Nashville a lot.

On a recent flight, I had the chance to go back to the start of the show thanks to in-flight DIRECTV. I plowed through four or five episodes beginning with the pilot. I was hooked!

But getting caught up was hard. No Hulu, no Netflix and ABC.com only offers a few episodes free. My options for seeing the episodes were Amazon (not included in Prime) or through Verizon FioS for $1.99 per episode (SD; HD is $2.99 and I’m too cheap for that).

Given that ratings for Nashville have not been spectacular, one would think that ABC could throw would-be fans a bone. But no.

Anyway. I am caught up now and looking forward to more Juliette bitchface. 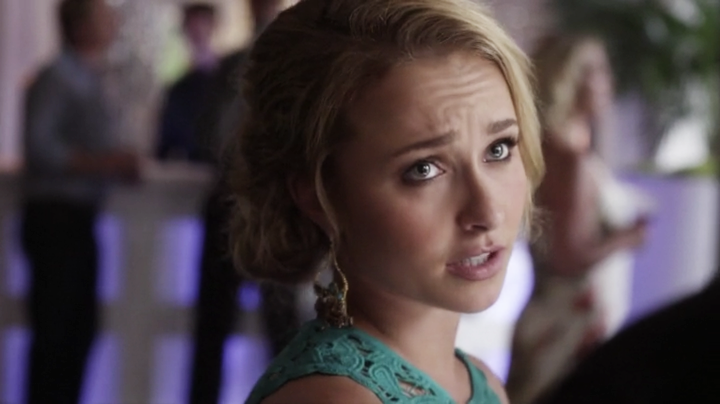 More will-they-won’t-they-again from Rayna and Deacon.

And even more of the music. Country has never been my thing but some of it is growing on me.

10 thoughts on “Late to the Nashville party”