I reached out to lovely Allison Winn Scotch about an update to her Twitter Spotlight from September 19, 2012. She kindly obliged.

Here are a few things that have happened since the last time I stopped by:

1) Oh, ain’t no thang, but I have a new book out called THE THEORY OF OPPOSITES, and it just so happens that Jennifer Garner has optioned the rights to make the movie. Like I said, just, you know, your everyday, run-of-the-mill news.

In all seriousness, it’s been really awesome, and I love both the book and the movie possibilities. They are working hard to get it up and running, and I’m working hard to get the book into the hands of readers, so hey, go pick up a copy! It’s super-affordable (99 cents this week and less that four bucks any other), and if I do say so myself, a pretty damn good time.

[I’ve read it and agree. Can’t wait for the movie!]

2) Mini-me and I met her crush, none other than the sexiest man alive (by People Magazine’s standards, and I’m not above saying that I think he’s a little foxy), Adam Levine. He was super-sweet to her, gave her a huge high-five, then a hug, then happily posed for pictures with her in the Voice chair. I can’t wait to remind her what I did for her when she is a teenager and thinks I suck. 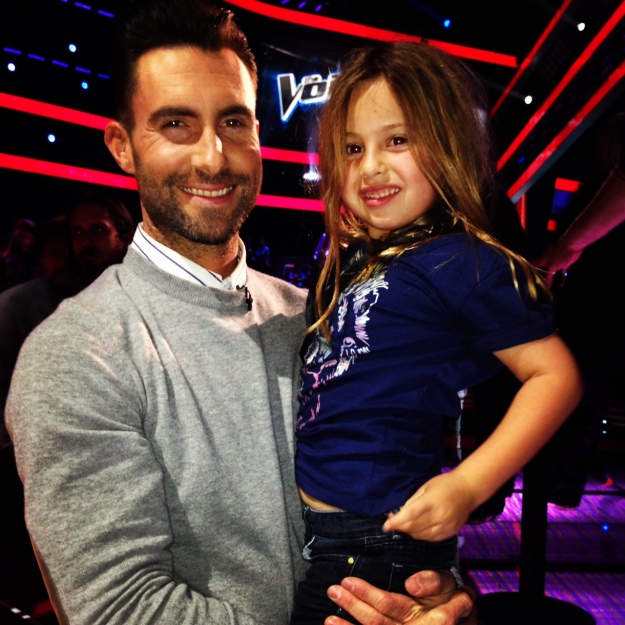 3) We also welcomed an addition to the family! We rescued a black lab, Paco. He joins our current black lab rescue, Pele. Both were named after our beloved other black lab rescue, Pedro, aka, the greatest dog ever in the world, who passed away unexpectedly last year.

Anyhoo, it’s been loads of fun, but also loads of work, which naturally, the entire family promised they would pitch in on, but shockingly, has been left to yours truly. Ah well. 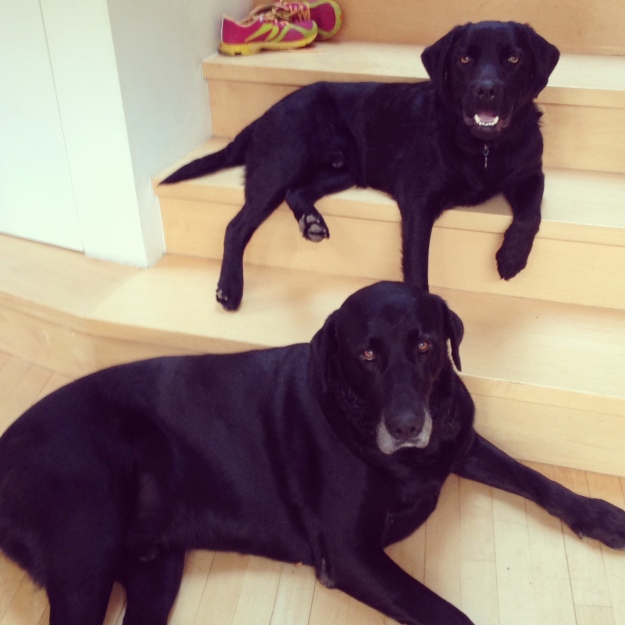