Why unhappy? There’s no Bachelorette airing tonight. Boo hoo. Some of my Twitter friends are surely rejoicing, TBH.

One thing I won’t miss: Bachelorette Andi saying “STOP.” In case you haven’t noticed, Andi says this word a lot. 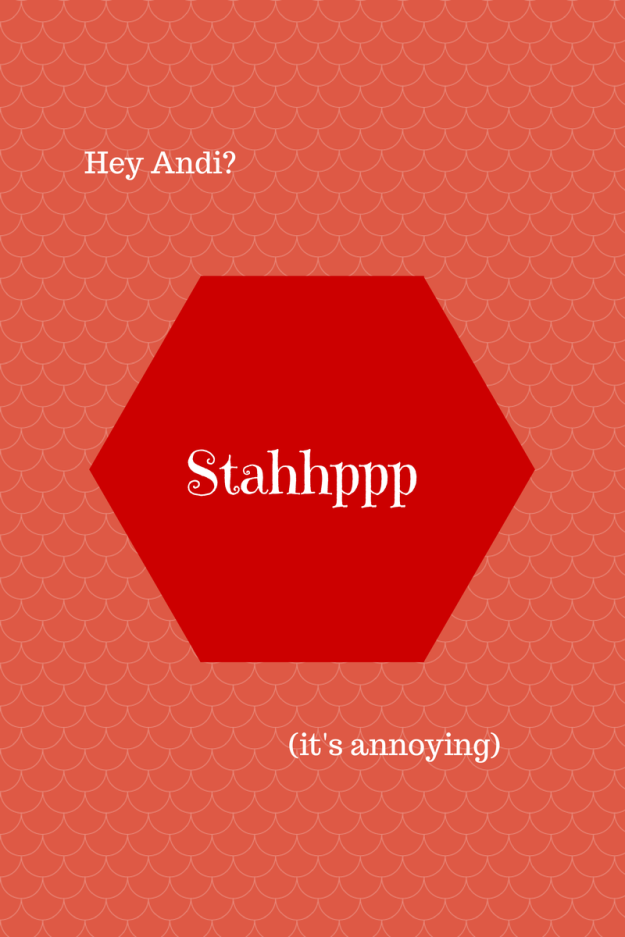 Last week’s episode with Eric’s departure was rough. It’s hard not to think “what if?” about his premature exit and later, untimely death.

In happier news, Bachelor in Paradise is in production and I’m excited to see more of a particular yet-to-be-announced cast member. More on that soon…