While it hasn’t been too long since I featured @JunDishes in the Twitter Spotlight, she has been doing so much, particularly with her new venture Rice House that I was eager to bring you up to date.

Aside from finances, Rice House is helping me share some of the Korean culture through food and conversations, with people here in Belgium. There are people still who associate Korea with only Kim Jong Un. Korea is about more than the division between North and South Korea. This is important to me because my son is half-Korean and at barely two-and-a-half, he recognizes already the Korean flag which adorns so much of Rice House.

At home I raise Noah as a trilingual child of mixed heritage, but Rice House now makes it easier to show that to him in a real way.

I miss him more than ever actually because he’s not here to share in everything new in my life. But I know that 10 years after I once felt lost without him, I don’t feel so lost anymore. I have my dad to thank for that…for instilling in me my drive and focus and love of those most important to me no matter what country you end up living in. 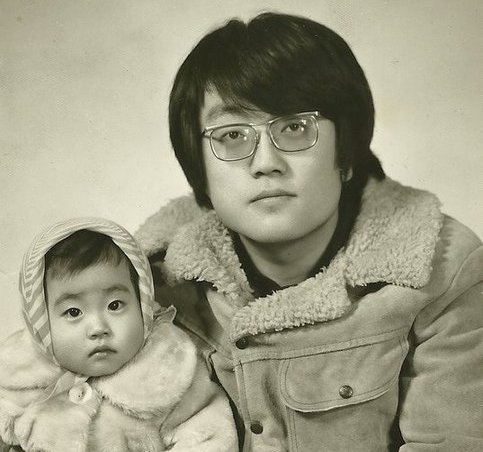 3 – I’m starting to think about next year already. I’ll be turning 40. I want to do something big…something bigger than anything I’ve already done for myself. Because whatever it is I end up doing I don’t want to do for myself, but for others.

I’m hoping I am inspired between now and 40 to give back in a big way to this world that is still in such turmoil everywhere. Whether it’s locally here in Belgium or somewhere else in the world, I want to do some good in some real way.

Sadly, since Jun shared these updates, her dear grandmother passed away. Please go send Jun some love on Twitter or on Rice House’s Facebook page.

5 thoughts on “What’s new with you, @JunDishes?”