We were sitting at the bar at Palena, my friend Joanne and me, when the couple arrived. Most likely, I was drinking one of Derek‘s sidecars while deciding what to order to eat. I probably had Chef Frank Ruta’s fantastic burger. 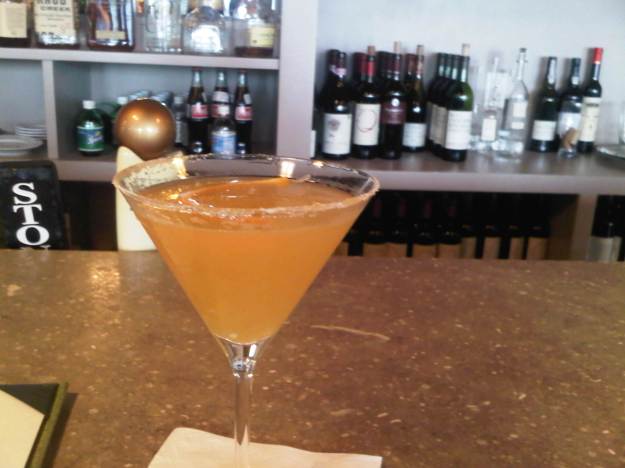 A man and a woman came to stand behind us at our end of the bar. I think I sighed and gave Joanne a look to say “oh great, people crowding us while we try to enjoy our dinner and girl talk.”

Crowding didn’t happen. Conversation did. And soon that couple, Mark Kuller and Kristin Connor, became my friends. We exchanged contact information before Mark and Kristin moved to Palena’s dining room for dinner.

From the start, Mark was a warm, generous friend. When Kristin and I met for dinner at 2 Amys, he sent her off with a special bottle of wine for us to enjoy. He would have been happier if she took two or three bottles with her but, of course, we both driving to and from dinner.

Photo by Timothy Devine, via Washingtonian

He loved hosting parties at his Bethesda home. You could count on great people eating hearty delicious food. A gregarious host, he once took a few of my friends and me down to the wine cellar and simply said “pick.”

I always wished I knew how to reciprocate. Mark just kept giving.

When Mark made plans to open his first restaurant, Proof, I was excited for him, but also nervous. So many restaurants fail. It’s a tough business with long hours. Silly me. Mark went into the enterprise fully prepared with eyes wide open, and surrounded by a smart, experienced team.

I was honored to be invited to the friends & family opening to try out menu items. Of course, Proof was exceptional from the start. Through the years, I have taken friends, family, clients and business partners, and encouraged anyone who would listen to do the same. Finally I found one very small thing to do for Mark.

After I moved back to New York, it was harder to catch up with Mark and Kristin, but we kept in touch. They spent a few years apart, found their way back to each other, married and made plans to add to their family.

But then, terrible things happened in the midst of great joy: at the same time Mark told me Kristin was pregnant with twins, he also let me know that he had been diagnosed with stage 4 pancreatic cancer.

Somehow, the news got even worse.

But last year, just days after Mr. Kuller learned Connor was pregnant, he received tragic news: He was diagnosed with stage-four pancreatic cancer, a condition with a short life expectancy.

Mr. Kuller, his friends said, began to divide his days into short-term goals. The first was to apply his research skills to seek out the best cancer treatments and medicine. The second was to live long enough to, at the very least, see the birth of his twins.

Within weeks, the new parents’ joy turned to grief. Ida Lillian died in her crib in April. Mr. Kuller’s survivors include his wife, Kristin, and their son, Cash, both of Bethesda; his children Max Kuller and Candace Kuller, both of Washington; and a brother, Jason Kuller of Bethesda.

We lost one of our best on October 16.

But instead of ruminating about the unanswerable question of “why do bad things happen to good people?” I will try console myself with the certainty that Mark lived a wonderful – if too short – life, that he knew he was loved and that people will never, ever forget him. I certainly won’t.