I thought I’d use this little lull before surgery to answer a few Frequently Asked Questions. 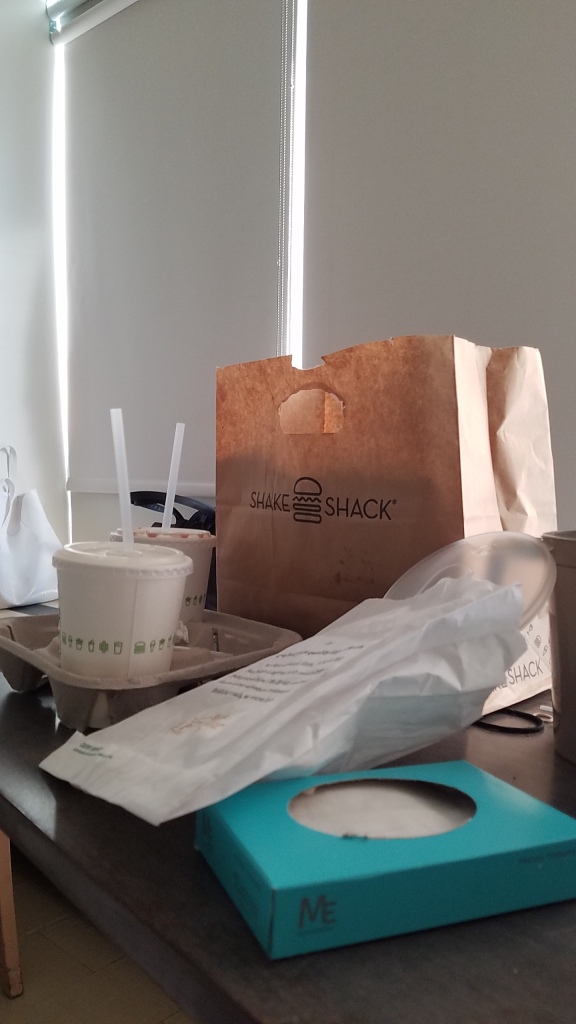 Keep reading to see why I included this pic

Is the mass benign?

We don’t know and won’t have details until it’s removed. The surgeon will not do a biopsy because the mass is nicely contained right now. Puncturing it for a biopsy could release dangerous cells into my body.

So far, my tests seem to be pointing to a non-functioning tumor (meaning it is not making hormones like cortisol). While that makes my surgery prep easier, in that the doctors won’t have to replace the hormones before removing the mass, it doesn’t tell us if the mass is benign or malignant.

Update (9/15/16): my jug test results are in and they are also normal. This means that the mass does not seem to be producing hormones. Here’s what Merck has to say about that. I’m trying to take those stats plus many people saying that adrenal cancers are very rare as good news.

What is the mass made of?

The mass can be one of several things. Worst case scenario, adrenocortical carcinoma, a rare cancer. Other options include lymphoma, pheochromocytoma, a fatty tumor, or an adrenal hemorrhage.

Can you see it/feel it?

No! I have definitely been feeling thicker around my middle, but I had chalked that up to laziness and a tough year. There’s no bump or anything I can see or feel. I guess instead of protruding, it has simply moved my organs (left kidney, pancreas and spleen) aside.

My surgery is scheduled for 9/21 so long as the jug test results come in on time. Some of these hormone tests are processed slowly.

There is some degree of uncertainty here. My surgeon hopes to do the procedure laparoscopically, however unlike, say, removing an appendix, one of my incisions will need to be bigger than the mass’ big dimension of 14.4 centimeters/5.66 inches.

Size-wise, I have been likening it to a grapefruit, but apparently it’s more like a cantaloupe which is so strange to think about.

Switching to an open surgery is possible if the surgeon deems it necessary. The type of surgery will impact how long I’m in the hospital.

Update (9/15/16): I spoke with Dr. S’s physician assistant this week. We talked more about the practicalities of the surgery. Some things were reassuring; others not so much.

For example, she thinks my incisions will be smaller than described above. She expects that there will be four of them, three of which will be “the size of your pinky finger.”

But I was so disappointed to learn that the full pathology report will take a week to get post-op. In my mind, I had this vision of waking up in the recovery room to Dr. S saying “it’s good! Benign.” Now I’m not sure what, if anything, he will tell me.

How can I be a good friend?

Say hello here, on twitter, via text or email if we know each other that way. And just as importantly, understand if I’m slow to respond. Life is overwhelming right now, but please know I’m so grateful for your kindness.

After surgery, my recovery is projected as four to six weeks. What that looks like, only time will tell.

Update (9/15/16): the physician assistant said to expect to be hospitalized for two to three days.

How can I help?

This is probably the hardest question to answer. It isn’t that I don’t have ideas for things you can do to help–it’s that I feel greedy being specific. I also fear being rejected if what I ask for is too much.

If we’re good friends, you can help me by keeping my mom company when I’m in the hospital (ask me for her contact info) or by bringing food when I’m able to eat. The hospital food is inedible. I have never declined a grilled cheese sandwich, Shake Shack, an iced venti latte or a Starbucks coffee cake. Not ever.

You can send me a Postmates or other gift card via Giftly. Even pre-surgery, I’m spending a TON on food delivery whenever I have an appetite. Use email address 1chicklette at gmail.com. You can also do anything of the things noted at the bottom of this post.

If I think anything else, I’ll update this post. Thanks for reading.