More about music from Charity, you lucky buggers.

I first heard of Frightened Rabbit on Twitter in April 2009.  Being one who likes to expand my music horizons, I bought their album “The Midnight Organ Fight” and I fell in love.

I found them to be delightfully bawdy, clever, witty, tongue –in-cheek, and dynamic.  They used different melodies and arrangements as accompaniment to their wonderful lyrics.  “The Twist,” “Backwards Walk,” and “Keep Yourself Warm” all went into heavy rotation in my house, car, and office.  I connected to their music quickly, it was thoughtful and funny.

Their following album “The Winter of Mixed Drinks” left me a bit cold, it was good, but I didn’t feel like it lived up to the potential of “The Midnight Organ Fight”—I didn’t find myself saying to people OH MY I HAVE TO TELL YOU ABOUT THIS BAND.

Given this, I had some concerns going into their latest album “Pedestrian Verse.”  These concerns have been obliterated.  “Pedestrian Verse” has a maturity in lyrics and sound that really shows how far the band has grown over the last few years.  It doesn’t hurt that there’s this late ‘80s/early ‘90s feel to the album, which resonates strongly with me.

In recent months, Frightened Rabbit has had some words for Mumford & Sons about that bands second album, mainly that there is little growth in the sound of the album, that the group has not developed beyond their first album.  Their comments are not completely unfounded, as much as I enjoy listening to “Babel” it does feel like an extension of “Sigh No More.”

As a fan of both bands, nothing would be more delightful than them throwing down in a battle of the bands.

While we wait for this to develop, check out a track from the new album.

I’m heading to Austin this week so ye olde blog will be a little quieter than usual.

You see, I plan to be very busy seeing my first Bon Iver show and catching up with my awesome friend (who I met via twitter) @eimski. We’re going to eat good food, get some cocktails and hear what we’re sure will be an amazing performance. 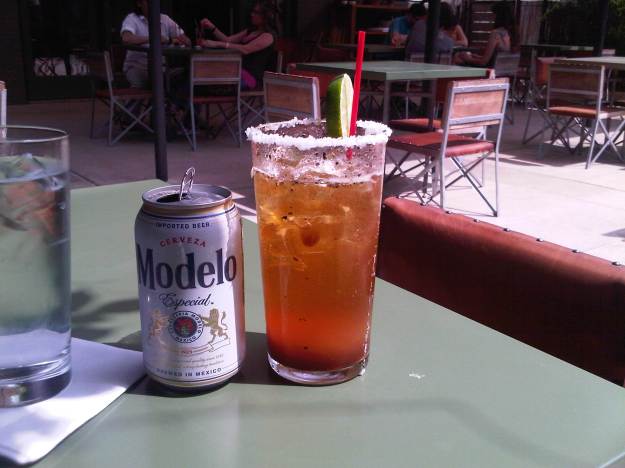 Last year I had the special treat of attending Mumford and Sons’ taping of Austin City Limits, the first to take place in the new theater.

It was my first trip to Austin and I loved the city. This will be my third Austin visit. You can read a bit about the second trip here.